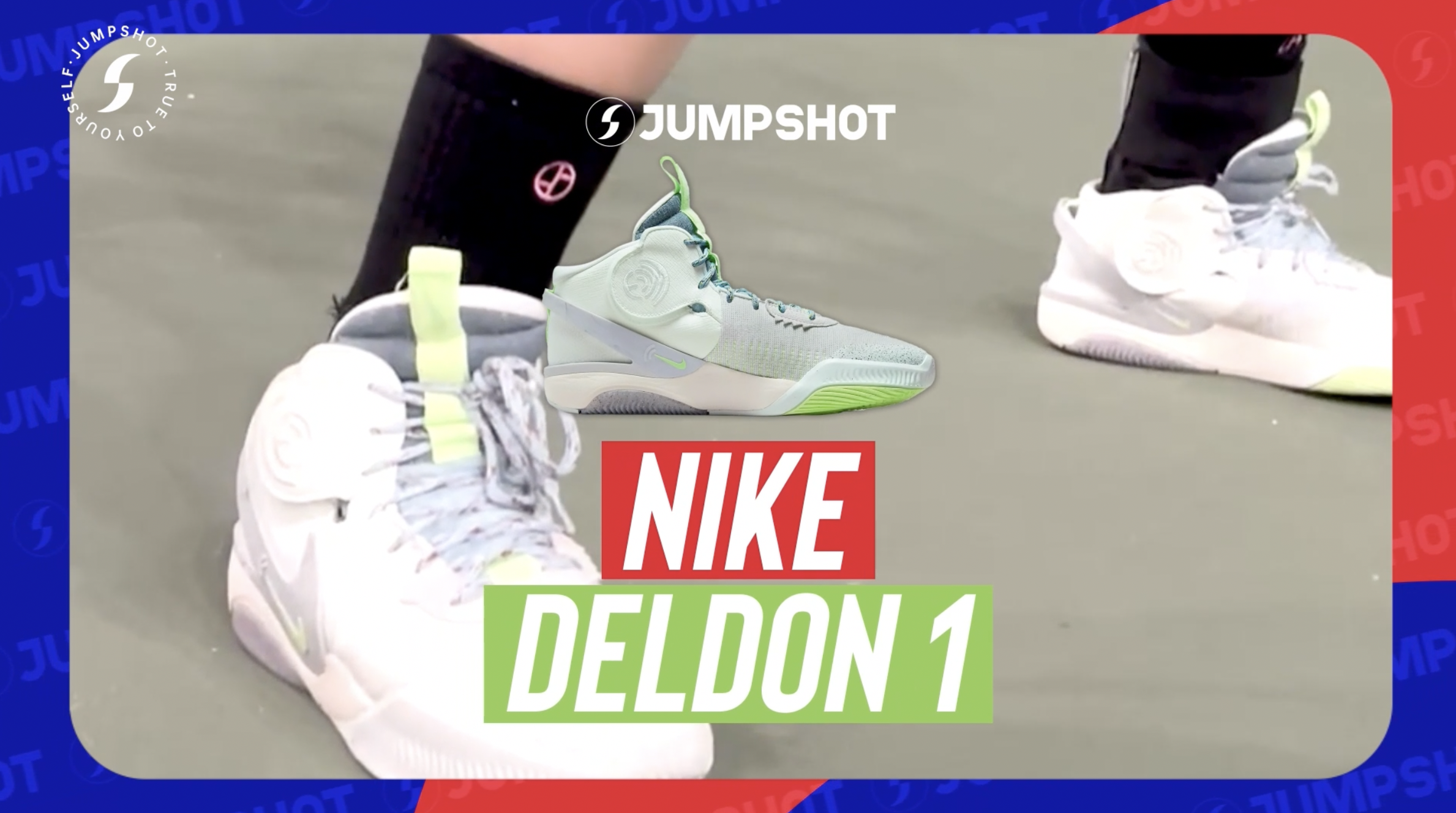 First Impression
At first glance, I was really impressed with the design. I honeslty thought the shoe was the latest addition to the Nike Hyperdunk line or something, but nope, it is the Nike Deldon 1. It’s been a long time since any brand released a WNBA signature shoe so this came as quite the surprise. The shoe blends old school shoe structure and shape with modern technology and materials.
We will get into all of these in specifics later on.

For those who do not know, the Nike Deldon 1 belongs to Nike’s signature athlete, Elena Delle Donne. A little bit of backstory, Elena’s sister was diagnosed with Cerebral Palsy amongst other things and this resulted in difficulties to put on shoes. This inspired Elena to come out with a shoe that anyone could put on. Elena Delle Donne has previously been the face of Nike FlyEase Basketball shoe, the Nike Air Zoom UNVRS FlyEase. FlyEase is Nike’s “Easy-to-wear” concept where they add features that makes it easier to put on. With that in mind, Elena has has chosen to continue the FlyEase concept for her signature as well.

Significant Tech Present in the Shoe:

Materials (8/10)
Like mentioned above, the Nike Deldon 1 is a blend of old school and modern. The Deldon 1 is a little boxy and the shoe structure and shape is reminicent to the old school basketball shoes like the Air Jordan 1, Adidas Forum Mid, Nike Huaraches. The materials however are more on the modern side, with synthetics all over. Synthetic suede, sythetic leather and also cloth/textile cover the whole shoe.

The shoe is on the sportier side so it might be a little hard to pull off off the court. On court though, the shoe will definitely catch some eyes. The new WNBA season will only begin next year so we will have to wait to see it on the WNBA floor. AND, I am going to keep my eyes on whether the Deldon 1 will appear on the NBA court as well.

Fit (9/10)
The Nike Deldon 1 fits true to size throughout the shoe and even though the shoe looks boxy, it actually wraps around your feet well. As you already know, Elena Delle Donne has brought the FlyEase concept over to the Deldon 1 so there’s definitely going to be features that makes the shoe easy to put on.

You’ll notice that the shoe has velcro, at the collar and this is to allow the wearer to not have to tie your shoe laces all the time. All you need to do is undo the velcro and slide your feet in. The collar will fold or collapse as you slide your feet in and will pop back up once your feet are in.

You do only need to tie your shoelace once, which is during your first wear, and use the velcro instead going forward. Some might worry about how well the shoe will be secured around your feet but so far this has not been an issue at all. The shoe is a little on the slim side so wide footers may want to try them in stores before buying them…

Support (8.5/10)
Support on the Nike Deldon 1 was quite surprising. The first thing I questioned was that with the collar of the shoe designed as such, there’s no way that there could be a Heel Counter as the heel needs to compress. And I was right, the shoe really had no Heel Counter.

The lateral and heel support comes from the shoe’s structure as well as the side panel which goes from the midfoot to the heel.
The velcro is also crucial as you won’t be adjusting your laces all the time so how well you tighten the velcro will affect how contained you are within the shoe.

The above features mean that it is really important for you to get the right size for yourself when getting the Deldon 1.
One thing that is not dependent on size is the base of the shoe. There is an outrigger that helps to prevent rolling your ankle and the base of the shoe is also very flat and stable.

One down side to the support is that the shoe does not have a shank plate which is supposed to provide some torsional support and a little bounce back so although you may not feel it much when the shoe is new, over time as the cushioning bottoms out, you might feel a little discomfort during hard motions like changing direction.

Cushioning (9/10)
Just like the Nike PG 4 to PG 6, the Nike Deldon 1 features Full-Length Air Strobel. For those who do not know what that is, it means there is an air unit as the footbed of the shoe. With such a setup, what you can expect is a plush and comfy experience when you are stepping on the unit.

The impact protection is pretty good and the shoe is also low to the ground so the court feel is great. Nike did throw in a Forefoot Zoom Unit but it is just a low volume unit and to be honestly I can’t really feel the use of it. The setup isn’t something that will give you a lot of bounce-back so keep that in mind.

One complain that some might have regarding previous iteration of the Air Strobel was that after many basketball sessions, there might be some popping of the air bubble. Although I have yet to experience that, I wouldn’t rule out the possibiity, especially if you are using the shoe a lot.

Traction (9/10)
The Nike Deldon 1 features a footmap-like traction pattern, similar to many shoes that Nike has produced. One differentiator is that the groves on the Deldon 1 is actually deep, which is not common in such traction pattern. The traction pattern gripped the floor decently well and during stoppages, I felt no slippage for the most part. The traction pattern also have good multidirectional coverage so you’ll get it’s best grip no matter which part of the base you are planting your feet with. On top of that, dirt does not get stuck within the groves as they are wide apart.

However, I have bad news who saw the deep groves and assume this shoe can last outdoors. The rubber used is soft and pliable on the Deldon 1 which helps to provide good grip but also means it will wear out faster.

Final Conclusion (8.7/10)
Overall, there are still performance areas that can still be improved, that being the lack of a shank plate and maybe better cushioning at some point? BUT, the Nike Deldon 1 is probably what you can expect for an athlete’s debut signature shoe. The concept, the tech and the appearance of the shoe are all comparable to what NBA signature athletes are getting for their signature shoes. Performance wise, I feel that it was pretty solid, and is definitely something I would recommend players to try. It’s not everyday a WNBA player gets a signature shoe!